Preface: I'm sorry if I wrote something wrong or off the mark due to my lack of knowledge.

To implement this, we considered two configurations:

Benefits: Fewer threads are deployed all the time?
Disadvantages: Does every gRPC communication cost a new thread? 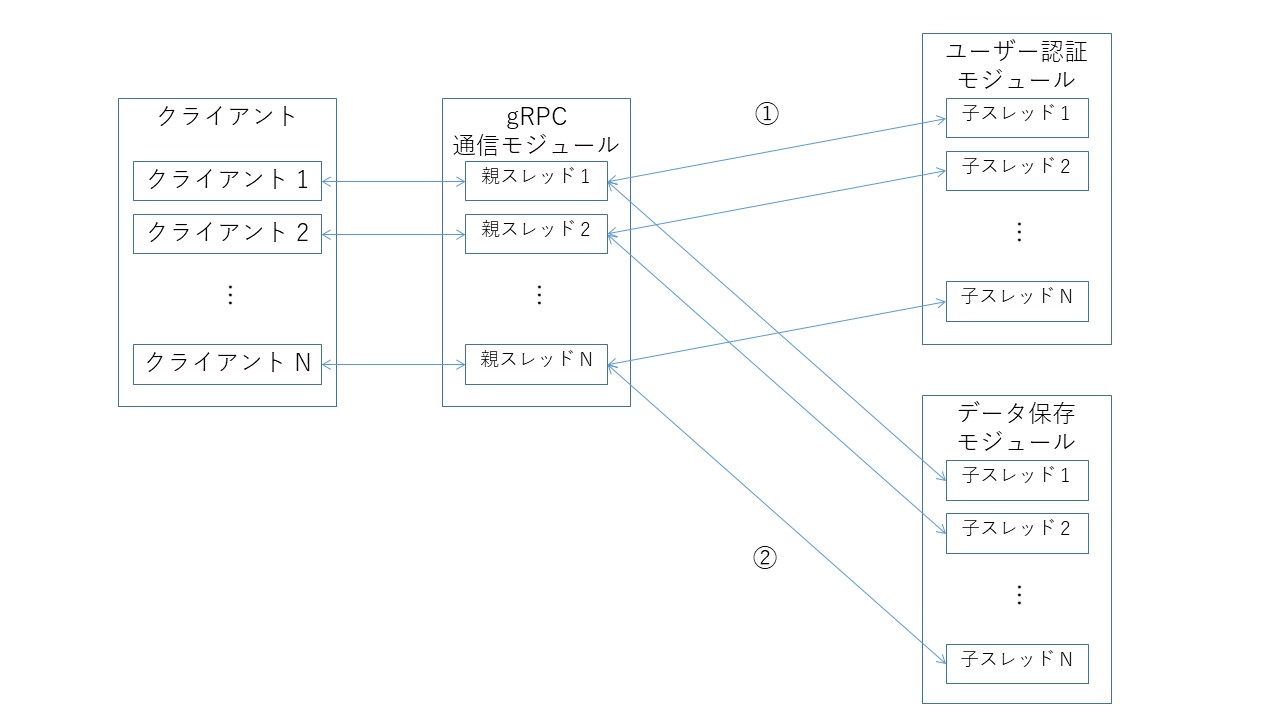 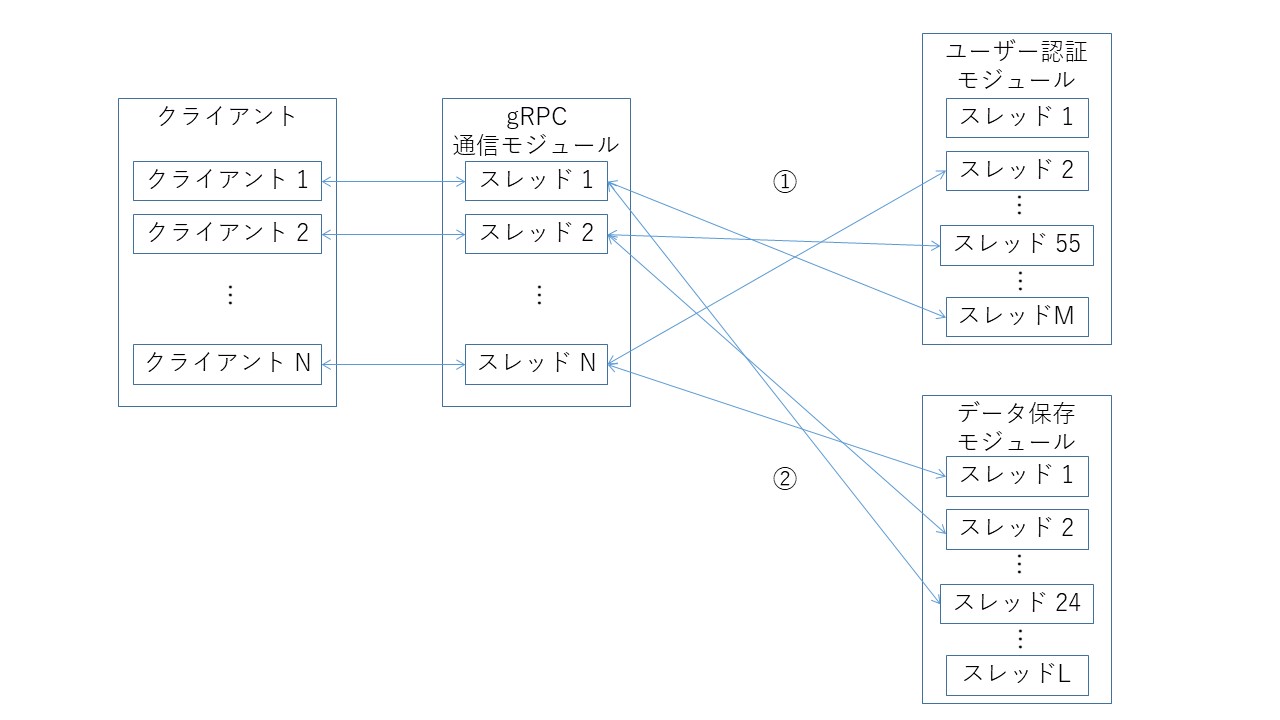 I would appreciate it if you could let me know which design is better, which one is wrong in the first place, and if there is a correct design.
Thank you for your cooperation.

Note: Up to 5000 concurrent clients are expected.
It's only a few dozen cars.
The frequency of communication is about two or three hours once a day.During that time, it receives tens of kilobytes of data in approximately 500 ms cycles.
It doesn't require high real-time performance, but I want to return the response to my smartphone, so I want to keep the delay between a few seconds and 10 seconds.

The maximum number of simultaneous connections for clients is approximately 5000.

Personally, I think it's an asynchronous choice.As the questionnaire does not mention asynchronous, a fundamental design review may be necessary.

It's a very rough description, but asynchronous is a programming model that leaves the network and other IO operations to the operating system and notifies you when they're done.The main thing is to give instructions from the program side, so you don't need a lot of threads.

Do you ever wait for the screen of your smartphone for 10 seconds? Don't you want to rerun or press it for now? At that moment, your request will swell several times.

359 I'd like to set the upper limit for display of the Rails each statement.

359 No exact matches in call to instance method 'append'

358 About Creating Enhancements for Chrome